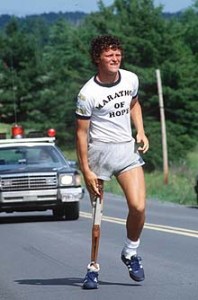 Great heroes need great sorrows and burdens, or half their greatness goes unnoticed. It is all part of the fairy tale.”― Peter S. Beagle, The Last Unicorn

“The hero’s story is always a journey. A hero leaves his/her comfortable, ordinary surroundings to venture into a challenging, unfamiliar world,” writes Christopher Vogler in The Writer’s Journey. Every society has its heroes. Heroes are courageous, risk their lives, have a strong sense of compassion, and expect nothing in return for their selfless behaviour.

Maya Angelou, a poet and essayist, said this about heroism: “I think a hero is a person really intent on making this a better place for all people.”
***
The concept of hero originated in Greek mythology. For the ancient Greeks, the hero (“Heros”) is a warrior, protector, and defender. One of them is Achilles, who was one of the strongest and most important hero of the Trojan war. Unfortunately, he died after being shot by a poison arrow in the Achilles heel. Another is Hercules, who was the most loved, and revered for his bravery as a warrior. Jason is also identified as a hero for leading the Argonauts, a group of 50 heroes who sailed the seas in search of the Golden Fleece, a symbol of kingship and authority. Another is Theseus, the mythical King of Athens, who combined wisdom, strength, and power while ruling the people.
***
In the bestselling book, Hero of a Thousand Faces, author Joseph Campbell, writes extensively on the hero’s journey. The hero passes through several stages of the journey. In summary, the journey begins when the hero is called to adventure, encounters several types of adversity, confronts some nemesis or villain or evil, triumphs over these adversities, takes possession of the reward, journeys back to the ordinary world, altered permanently from the journey. Some heroes are willing to take up the cause. Others are reluctant, filled with doubt or hesitation, and must be convinced. At the heart of every hero story is a confrontation with death. If the hero doesn’t face actual death, he or she will face the threat of death.

We can observe or witness the hero’s journey in both the fiction of books and film and the real world of ordinary and famous people. For instance, Oskar Schindler was a real life hero for helping 1200 Jews escape Nazi Germany during WWII. Many years later, during the early 1990s, director Stephen Spielberg made the film Schindler’s List, which told the story of Oskar Schindler’s heroism. The film was released into theatres in 1991. The following year at the Academy Awards, Spielberg won best director and the film was awarded best picture.

***
Psychologist Carl Jung’s discusses the hero archetype in his theory of personality. According to Jung, our personality includes the ego or conscious self— the part of us that is thinking, feeling, sensing, and being intuitive; the personal unconscious, such as memories and dreams, and the collective unconscious, where archetypes exist. These archetypes are inherited, innate, universal drive/instincts rooted in the unconsciousness of every human being. They are the DNA of personality. The self (personal identity), persona (various masks we wear in public), and shadow (dark side) are dominant archetypes. We also possess the hero archetype, but not everyone has the desire to become a hero, though we are all capable. According to Jung, we cannot directly experience these archetypes. Instead, they are revealed to us as symbols, images, themes, patterns, and ideas in religion, philosophy, art, literature, folklore, film, and other elements of popular culture.

***
In the Pulitzer Prize winning book, The Denial of Death, author Ernest Becker explains how we have universal fear of death or death anxiety. To cope with this fear and anxiety, we distract ourselves, or repress these thoughts of death. Becker writes: “To live fully is to live with an awareness of the rumble of terror that underlies everything.”

According to Becker, western society is also a codified hero system. Becker Writes: “The fact is that this is what society is and always has been: a symbolic action system, a structure of statuses and roles, customs and rules for behavior, designed to serve as a vehicle for earthly heroism.” Furthermore, man seeks to justify his existence and build his self-esteem by becoming like a hero, taking up some hero project, such as becoming a scientist, artist, writer, religious leader, professional athlete, CEO of a company, someone who achieves a personal dream.

There are many types of hero projects. The athlete trains to win the gold medal at the Olympics. The man or woman who graduates with an MBA seeks to become a CEO. The artist strives to be recognized and remembered for making memorable art. We see this in the work of many of the masters, such as Monet, Picasso, and Warhol. Like Hemingway, the writer is inspired to pen the masterpiece novel. The director seeks to make a film that stand the test of time, like Casablanca, Citizen Kane, or Psycho. The daredevil is drawn to the challenge of climbing the mountain, such as Mount Everest. The ordinary man finds religion and embraces the teaching of a particular faith and teacher, the religious hero. According to Becker, we seek to become a hero and immortalize our existence by focusing our time, energy, attention on some hero project.

***
There have been many heroes throughout history. The hero is respected, honoured, and celebrated in all cultures. According to the Hero project, hero behavior is voluntary, done for the service of others, involves personal risk, without the requirement or expectation of reciprocation. The hero possesses revered qualities; looks danger in the eye; acts courageously; willing to sacrifice his or her life for the “greater good.” Heroes tend to be compassionate and more altruistic than most ordinary people. Heroes also have a strong sense of morality, in that they understand what is right and wrong, and they do the right thing. Heroes always face their fears, despite the threat to their own safety or lives. Some recent heroes in history are Buddha, Jesus, Gandhi, Mother Teresa, Martin Luther King, and Nelson Mandela.

There have also been many acts of heroism committed by ordinary people. We learn about their heroism from the news. For instance, we hear of the bystander who pulls an unconscious victim out of a car on fire, or swims out into a lake to save someone who is drowning.

My hero is Terry Fox, an ordinary Canadian who lost his right leg to the scourge of cancer and then decided to run the Marathon of Hope to raise awareness and money for cancer research. In April 12, 1980, beginning in St. John’s, Newfoundland, using one good leg, the other a prosthetic, Terry Fox began his journey across Canada. Each day, he ran a marathon in the rain, snow, wind, cold, heat, when he was tired, uninspired, feeling pain from shin splints and tendinitis. He ran for 143 days, covering a distance of 3339 miles, but was forced to stop after the cancer returned to his lungs.

A short time later, on June 19th, 1981, Terry Fox passed away in hospital. He was an ordinary man who embarked on the hero’s journey, becoming the quintessential hero and one of our greatest Canadians. In honour of Terry Fox’s heroism, several streets, parks, buildings have been named after him. The Government of Canada also awarded him the Order of Canada, given to those who make a significant contribution to Canada. And a panel of journalists honoured him the Lou Marsh Trophy for outstanding athletic accomplishment. The Terry Fox Memorial as been erected in Ottawa to commemorate and remind us of his heroism. Terry Fox will forever be someone I admire.

***
There are many heroes in popular culture. Western Popular culture has created fictional heroes who become role models, much like the mythical Gods of ancient Greece. Many of them have been loners, such as the fictional western character Shane, Clint Eastwood’s character as Dirty Harry, and John Wayne, who plays Ethan in the western “The Searchers.” Others include Superman, Harry Potter, Luke Skywalker in Star Wars, Atticus Finch in To Kill a Mocking Bird, Captain James T Kirk in Star Trek, Spider-man, Robin Hood, Indiana Jones, and James Bond.

Yet, the world is saturated with false heroes—false gods of the people. Those who are into celebrity worship make heroes of pop culture celebrities and sports stars. Very few celebrities, such as the rich and well known, rock stars, pop idols, sport figures are heroes. Paul Simon, the singer and song writer, tells us “Every generation throws a hero up the pop charts.” But celebrities are not heroes. They might be rich and famous and stars in the public eye—but they are not heroes. Fame and fortune or public attention doesn’t make a person a hero. They have not engaged in a selfless act of bravery. There is no threat to their safety or lives. They are not motivated by morality. I would not label Steve Jobs, Bob Dylan, or Justin Bieber as heroes. People can be courageous but not heroes. People can be moral but not heroes. People can persevere in times of adversity and still not be a hero. Some false heroes fall from grace, such as cyclist Lance Armstrong and professional golfer Tiger Woods.

On occasion, celebrities become heroes. One of them is Christopher Reeves who starred in the Superman films. But his acting career and life were cut short after he was thrown from a horse and became a quadriplegic. He required a ventilator to breath for the rest of his life. Despite his enormous handicap, Reeves strived to live the best life he could, spending much time and energy as an activist for spinal cord research. I’d call him a hero for all he endured. Christopher Reeves said, “a hero is an ordinary individual who finds the strength to persevere and endure in spite of overwhelming obstacles.”

Heroes don’t have to be famous people in history or public figures. The ordinary man who runs into a burning building and drags a child to safety is a hero. The woman who witnesses a child drowning and swims out to save the child is a hero. The man who accidently passes a young woman being sexually assaulted in a dark alley, and then comes to her rescue, fights off the culprit, is a hero.

Why do we require heroes? “Heroes represent the best of ourselves, respecting that we are human beings. A hero can be anyone from Gandhi to your classroom teacher, anyone who can show courage when faced with a problem. A hero is someone who is willing to help others in his or her best capacity. “(Ricky Martin, artist ) Heroes embody what is good in the human condition. They confront the villains and social ills of the human condition. They combat evil, such as slavery, genocide, or the Holocaust. Heroes are roles models who show us what is right and wrong, and how to behave when adversity presents itself. We admire heroes, embrace their views of morality, and often aspire to behave like them. The hero provides us with hope in a world drenched with human suffering and flooded with the banality of evil.